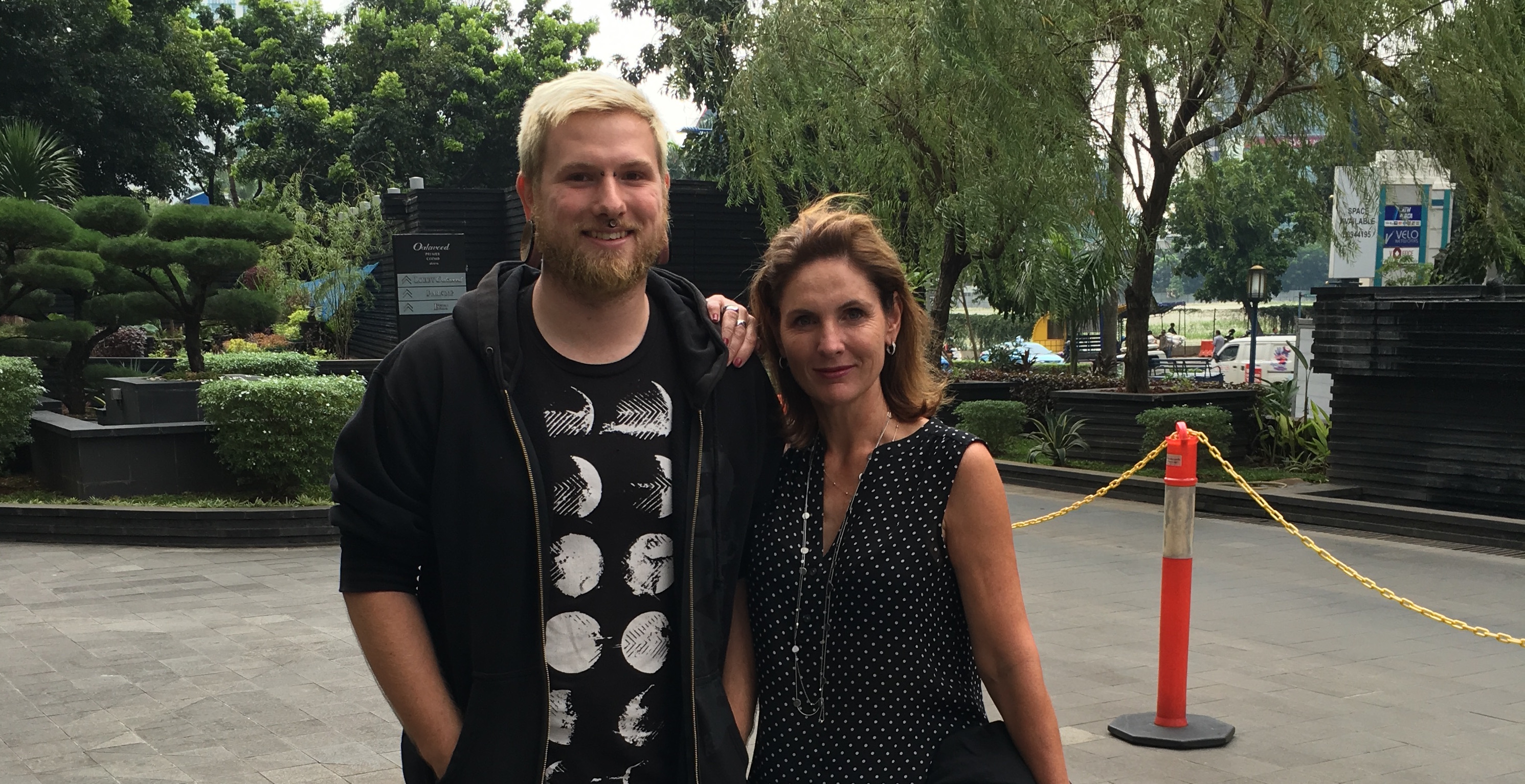 Johanna Brismar Skoog and her son Samuel Skoog in Jakarta

“Swedish delegations with business leaders who come here always consist of men. When we meet the Indonesian counterparts about a third of them are women,” she explains.

Global data on women in corporate leadership positions support her observations. In 2014 Grant Thornton reported that Indonesia had females in 40% of the senior management positions, while Sweden had 26%. According to the same firm these numbers changed dramatically in 2015. Indonesia dropped the share of female senior managers significantly to 20%, while Sweden increased its number of female leaders to 28%. In 2016, though, Indonesia was back at 36% – one of the highest numbers in the world, while Sweden had decreased slightly to 26%. (Such big movements make us wonder how trustworthy the reports are. When challenged, Grant Thornton commented that “variations in response data can occur where the sample size is relatively small and can therefore be attributed to the distribution of companies queried.” The full report for 2016 will be released in March.)

Mrs Brismar Skoog’s job includes paving the way for Swedish companies and networking with Indonesia’s politicians. When discussing how to tackle major issues like the big rainforest fires and climate change, she has a simple answer: “Corruption is the major problem.”

She believes that Sweden can assist with knowledge and long-term thinking on these issues and by being a role model. The embassy is working closely with Swedish companies, particularly by facilitating contacts with ministers and other government officials. For companies that need practical assistance to enter a new market, including startups, she recommends working with Business Sweden instead, unless the startup needs help specifically in navigating Indonesian politics.

As a startup you may not think that you’ll have to deal with politics, but it’s the reality in Indonesia, as we have learned during our first few months here. One foreign entrepreneur told us that “Indonesia’s government is the largest A/B tester in the world”, referring to how it announces new laws and regulations and then quickly removes, changes or just doesn’t enforce them based on the reaction.

The constant change makes it hard to operate, especially for foreign-led companies, which is one reason some of the companies we have met have their headquarters in Singapore. Some of them, who are headquartered in Jakarta, have made plans for how to move the business to Singapore if the political climate becomes too tough for foreign entrepreneurs. Domestic investors and entrepreneurs have an easier time since they have the network among leading politicians and get first-hand advice on how to act on new regulations. Politicians also tend to support local startups.

“I love walking around in a new city knowing that these streets soon will feel like my streets,” she says.

While she misses having a home of her own to renovate and decorate, the advantages of moving between countries outweigh the downsides. The biggest advantage is that there is no place for monotony and routine with all of the new people, places and experiences. In a certain way, she explains, life feels longer. Her son, who now studies journalism in Stockholm, agrees. He wants to continue moving around during his adult life. He admits that being raised in many different countries, he sometimes missed not having a fixed set of childhood friends around or a neighborhood to call home.

“I wouldn’t want to spend my childhood differently, I have friends all over the world to visit”, says Mr Skoog.

“The global outlook, social skills, first-hand knowledge of different cultures and being bi- or trilingual are some of the advantages, but as a parent you also have to realize that the children may lose their roots,” Mrs Brismar Skoog points out. “Growing up in Havana, Vienna, New York and Bogota, my children didn’t have the concept of foreigner and non-foreigner. They are truly global citizens. When we came to Sweden, my daughter, then 11 years old, reacted strongly to how racist people in Sweden were.”

The main lesson Mrs Brismar Skoog has learned from living in many parts of the world is how similar we are. People share the same aspirations and ambitions, challenges and concerns, and, with globalization and the Internet, the same culture. People in the same income brackets, although in different parts of the world, all live quite similar lives, poor as well as rich.