It should be as easy to create a new kind of plant as it is to build a mobile app, at least if you ask the synthetic biologist Antony Evans who we met at EmTech Asia in Singapore. Mr Evans and his team launched TAXA last year, an open-source platform for synthetic biology. Anyone can now develop their own version of a plant, without having to enter a lab. By lowering the barriers Mr Evans hopes to “unleash a wave of creativity and develop hundreds and ultimately thousands of new genetically engineered apps.”

Mr Evans launched a successful crowdfunding project on Kickstarter in 2013: Glowing Plant. Exceeding expectations it raised $500,000 from over 8,000 backers. Since then Mr Evans and his team have been working hard to change the DNA of a plant to make it glow. The first version of the plant is being shipped this week and the second is on the way. Creating glowing plants may sound like a fun gimmick, but Mr Evans has a larger vision. 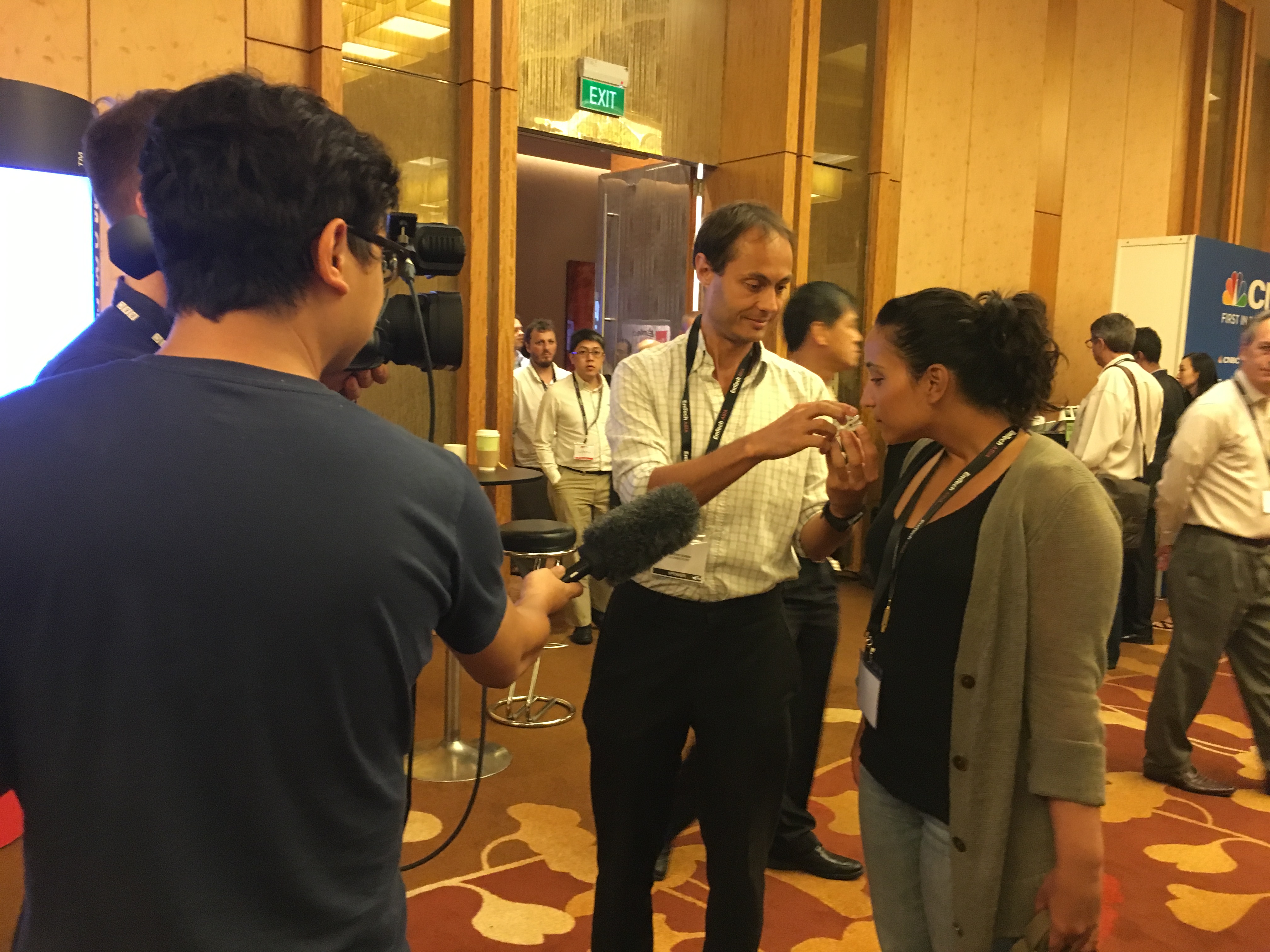 Antony Evans demonstrates a genetically modified moss that smells like a perfume during EmTech Asia.

“We should think of plants as solar-powered factories. Imagine bioluminescent trees replacing streetlights,” he says.

There are large environmental benefits in modifying plant DNA according to Mr Evans. A big one is that plants can be adapted to grow indoors, providing huge opportunities for indoor farming. It’s relevant for a cold country like Sweden, where indoor farming could mean locally sourced fruits and vegetables all year around. Another benefit could be adding supplements, like iron, directly to plants or make them grow faster. Modifying the DNA of plants is raising concerns among some people and organisations, but Mr Evans doesn’t see a better alternative for a greener and more environmentally friendly future.

“We have a bad baseline. We know that we can’t continue the path we’re on. There will be risks, but the possibilities are huge,” he says.

One way of decreasing the risks with synthetic biology is to have more people working on it. That’s the main reason why TAXA was launched out of Glowing Plant.

“We want people to develop new plants just like we build mobile apps today. The more people working on it, the safer it will be.”

TAXA lets you genetically engineer a growing list of supported plants from your laptop. It’s synthetic biology as a service available over the Internet without ever having to step into a lab. We think initiatives like this will shorten time to market for new plant products and open up the space to a wide range of biohackers.

In a few years, you might hear us say, there is a plant for that.